With the help of our bibliographic search engine you will be able to find books, academic journal articles and chapters that deal with the matter of terrorism in the Basque Country. We have more than 950 titles of studies which have been published from the sixties to the present. The search criteria are the following: keyword, author, title, year and type of publication. When the option «all» is selected, all the results will be displayed. This tool only recognizes those combinations of keywords that include every word, so make sure you write down the whole search term. The results appear in alphabetic order by the author’s surname. The database has been made by Alba López Romo and Raúl López Romo, in collaboration with Gaizka Fernández Soldevilla, who donated the bibliography of his doctoral thesis.

In the reading suggestions we bring you a reading list of key books on terrorism in History, Sociology, Political Science, Anthropology and Communication Sciences. Except from the part dedicated to the memoirs, we have only included academic publications and not journalistic work nor activist literature (which is available in the bibliographic search engine though). We have made a selection of more than 50 relevant readings. The list is divided in subjects: the background of terrorism, the history of ETA, victims, assassins…

The section of films and documentaries includes a list of full-length cinematographic films that deal with the subject of ETA and other terrorist organizations, like the GAL. We have neither included films that were only made for television, nor short films. We provide information about the following elements: title, director, year, poster, duration, etc. The results appear ordered by date: from old to new. The source of reference is Santiago de Pablo (2012): The Basque Nation On-Screen. Cinema, Nationalism, and Political Violence. Reno: Center for Basque Studies-University of Nevada. We thank this author for his collaboration.

In the Euskobarometro section, we publish a series of tables, regarding the sensation of freedom to talk about politics in this region, the fear of actively taking part in politics, the attitude towards ETA, the public image of the ETA members or the factors that have contributed to the end of terrorism in the Basque Country. 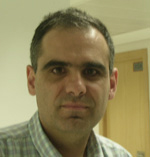